The Closest Human Ancestor And It Is Not Neanderthal
Menu 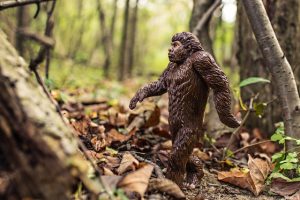 Everyone knows that modern humans are a mixture of several other hominids, who lived before us: our ancestors . According to history, the first modern humans began to emerge in Africa and spread throughout Eurasia. There, they came across several older hominids, such as Neanderthals and Denisovans.

However, some discoveries can change the course of history or what was previously thought. For example, this mysterious skull that was discovered in 1933 near the city of Harbin, in the province of Heilongjiang, in northeastern China.

Even though the skull was almost perfectly preserved, with its thick eyebrows and large teeth, the researchers couldn’t figure out what it was exactly.

This is because the skull is much larger than that of  Homo sapiens  and other human species . But your brain size is similar to our species. And historical events have left this skull without a place of origin or date. And he was without it to this day.

Now, a team made up of Hynese, Australian and British researchers has managed to resolve this issue. The skull belongs to an extinct human species that was hitherto unknown. As suggested by published research, this is our closest relative in the human family tree.

Called  Homo longi , it takes its name from the province where it was found. This skull is believed to have belonged to a 50-year-old man. This identification was based on chemical analysis of sediments trapped within it.

This confirmed that he came from the upper part of the Huangshan rock formation near the city of Harbin. The formation has been dated to the Middle Pleistocene period, which was between 125,000 to 800,000 years ago. And according to uranium serial dating, which uses the known rate of decomposition of radioactive uranium atoms in a sample to calculate age, the skull is at least 146,000 years old.

Because of this period,  Homo longi  can take its place among an increasing number of hominid species in Africa, Europe and Asia.

However, having surviving Middle Pleistocene fossil hominin DNA is quite rare. Also because it tends to degrade over time. Because of this, evolutionary relationships must be determined using other techniques. This is usually done with data on the shape of fossils, their age and geographic location.

In the case of this skull, Harbin’s team made a family tree of human bloodlines to find out how the species relates to modern humans. The tree they put together is based on morphological data from 95 fossil species, largely complete from different species of hominids that lived in the Middle Pleistocene. For example, Homo erectus ,  Homo neanderthalensis ,  Homo heidelbergensis  and  Homo sapiens  along with their known ages.